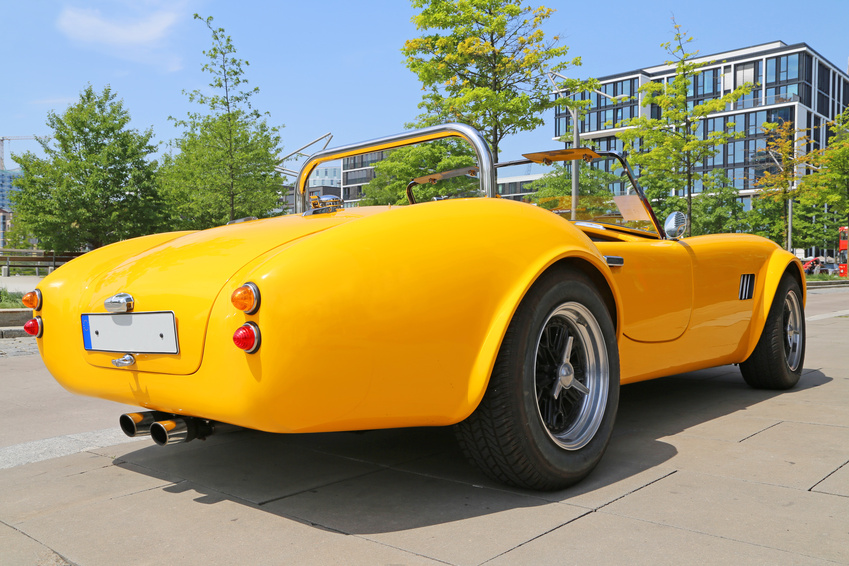 If you have a need for speed, then you're going to want one of these incredible machines. Here are just a few of the fastest, meanest cars in the world.

Hennessey Venom GT
What's amazing about the Hennessey Venom GT isn't that it can hit 270 miles per hour, but that it get from zero to 60 in 2.5 seconds. That's it. Of course, that's easy when it has a 7.0 liter LS7 Turbocharged V8 Twin Turbo V8 Engine producing 1244 hp. Naturally, such a speed machine doesn't come cheap. The Hennessey Venom GT is worth a whopping $1,000,000 and upwards. What's most insane, though, is that it was proven as the fastest car in the world, but couldn't reach its top speed because the NASA runway in Florida was only 3.22 miles long.

The Shelby Cobra
The Shelby Cobra is as fast and vicious as its namesake. The original AC cobras were designed to be "Corvette-Beaters," but weighed nearly 500-pounds less than Chevy's Corvette. This, however, came to be one of the things Cobras were known for. Some racing cars or roadsters can weigh upwards of 3,400 pounds, but Cobras weigh much, much less. This lightness is part of what makes them so fast. In 1964, an AC Cobra Coupe famous hit 186 miles per hour on a British roadway. Although originals (or even just their parts) are hard to come by, you can find an AC cobra kit car for sale. These Shelby Cobra kit cars make use of all the modern technology available today, but come with the classic 60s styling. What's not to love about these Cobra kits?

Which of these speed demons is your favorite? Share in the comments.